The Hispanic Opinion on Healthcare

Through analysis of 3,500 tweets. using OYE software, common themes and insights were discovered about what opinions Hispanics have in regards to healthcare. This is seen through the thousands of tweets analyzed from Hispanics who post their questions and concerns about the healthcare system. Using OYE software, our team first found out that among all Hispanic tweets discussing healthcare, 90% of them were in English and 9% were posted bilingually, totally 99% of all Hispanic tweets. In bilingual tweets, the words ‘health‘ and ‘healthcare‘ were often used in primarily Spanish-language posts instead of their equivalent translations in Spanish. This shows the relevance of the English words “health” and “healthcare” within the Hispanic community. Through the data, we saw that only 1% of Hispanic Twitter users posted in pure Spanish in their tweets as they often used a mix of English, or pure English. 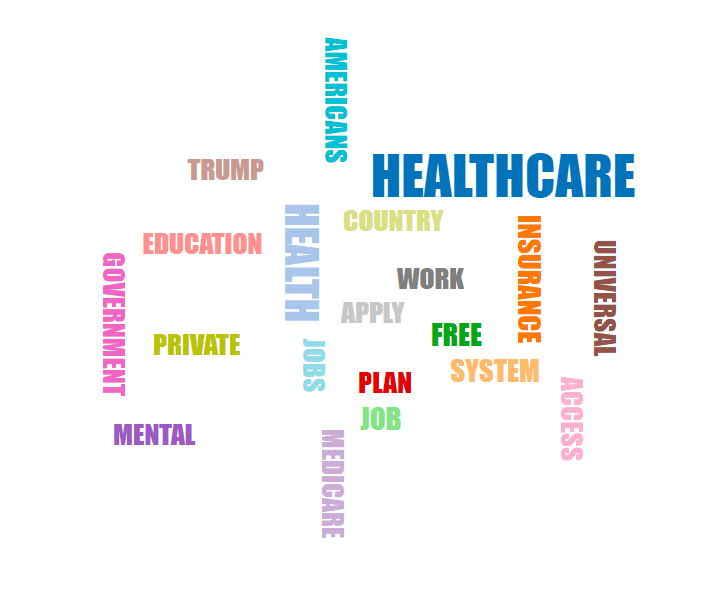 Through analysis of Hispanic tweets about healthcare, as seen in the word cloud above, the most common words that were used (not including “health” or “healthcare“) were “Insurance”, “System”, “Free”, “Job”, and “Plan”. This shows that Hispanics discuss healthcare costs online and express their concerns via Twitter. Among concerns expressed found were opinions about how healthcare helps the wealthy, but that the middle class and lower class are all affected greatly when an illness hits in family. Another common theme discussed in healthcare was “Mental” in reference to mental health. OYE showed that many Hispanics find that cost is an issue related to mental health as Hispanics feel that if there were more help towards the middle and lower classes with health care, it would give them peace of mind knowing that they would receive the help they need regardless of the amount of money that they have. 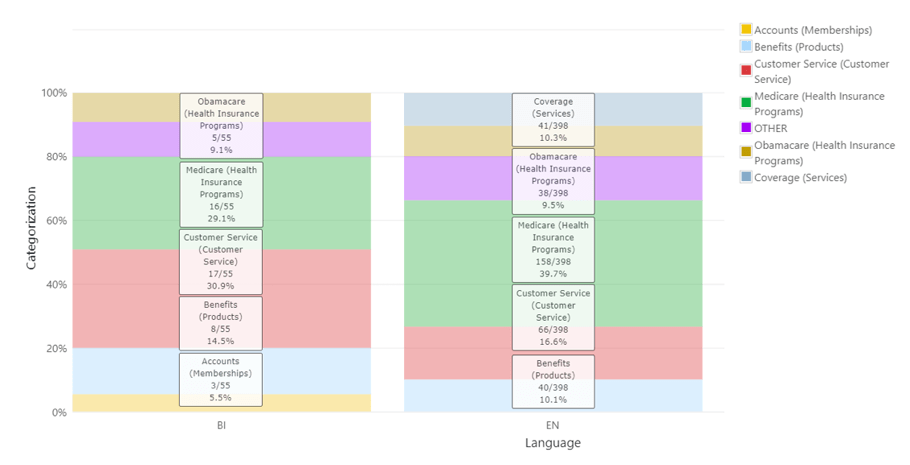 Hispanic Opinion on Politics and Healthcare

The 2020 presidential election is having a huge impact on how consumers speak about healthcare. The Hispanic population is carefully looking into the healthcare plans that are being discussed by the current Democratic candidates. With the Democratic debates looming, Obamacare is a big topic as Hispanics are often found on social media to express their concerns about it. They share that Obamacare is not working for all people and that they desire a change within the healthcare system to a plan that would benefit all people.

In general, the Hispanic population has a robust opinion on healthcare. They often discuss healthcare in relation to political views and how healthcare can affect themselves and those around them. The 2020 presidential election is allowing Hispanics to share opinions on healthcare and what is to come. Check out the full OYE analysis at the link below and learn more.