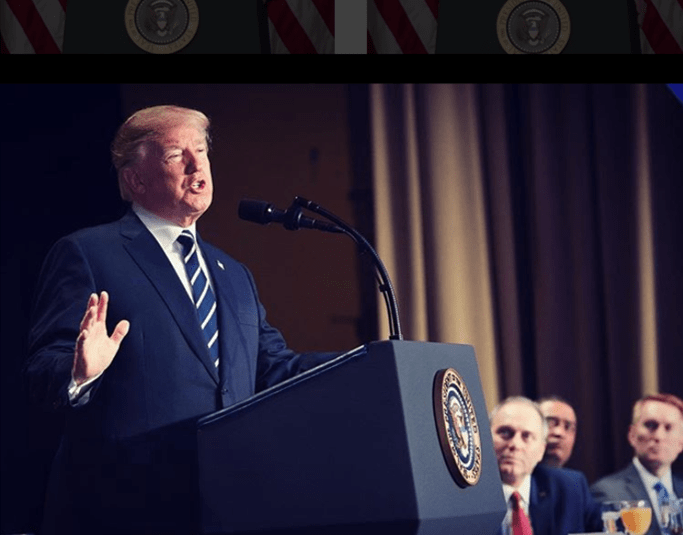 The Florida shooting tragedy earlier this month sparked an uproar of political debate over these last few weeks. We ran an analysis during February 21th – February 28th, to see what Hispanic Political Influencers were discussing over social media.

Trump (1,378) was the most used keyword among Hispanic Political Influencers. The president was mentioned across various topics ranging from the Florida shooting, gun control, healthcare and his presidency overall. However, the most popular topic amongst Hispanic Influencers when mentioning President Trump was the Florida shooting and gun control. Trump’s quote “I really believe I’d run in [in the Florida school] even if I didn’t have a weapon.” was most talked and retweeted about. Another topic that was popular was the topic of Trump’s position on arming teachers in schools to help prevent school shootings.

The top two hashtags during the time range were #MAGA (281) and #NRA (141). #MAGA is an acronym meaning ‘Make America Great Again’ and the hashtag that was most used during the time range. An example of a post using #MAGA was “Right now it’s #MAGA 45, #Resist 0 and it’s only the end of the 1st quarter. When does the Mercy Rule kick in?”

The second most used hashtag was #NRA (141) referring to the National Rifle Assocation; a non-profit organization that advocates for gun rights. This increase of NRA conversations is due to the uproar in debating for gun control in the US. The two hashtags that were seen most with conversations mentioning #NRA were #2A and #MAGA. #2A was used in posts referring to the second amendment and defending it. An example of a post using #NRA and #2A was ““The idea of a Gun Free Zone is foolish.” @SheriffClarke #2A #NRA #2ADefenders #MAGA #CPAC”