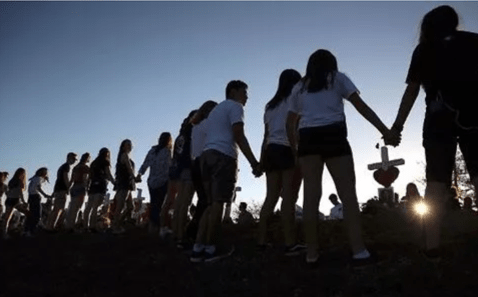 Black Panther, the long-awaited movie from Marvel, premiered in theaters February 16th and to no surprise it was the second most used hashtag (#blackpanther) among Hispanic Movie Influencers only behind #movies.

Another topic hot among Hispanic Movie Influencers was Elizabeth Olsen who is an actress primarily known for being Scarlet Witch in the Marvel Cinematic Universe. She was a popular topic during the date range because her birthday was on February 16th which was the same day that Black Panther premiered in theaters.

Unfortunately, while the week was full of excitement for movie-goers, it was also a week of tragedy. Among Hispanic Movie Influencers, there were posts about the Florida school shooting on February 14th. In the chart, there are keywords/hashtags seen such as School (20), Shooting (20), Gun (18) and Florida (13).

An example of a post about the School Shooting was “So in a span of two days we had a school shooting carried out in #Parkland, twin brothers who had made threats to attack children with homemade bombs, and another child who made threats to carry out another school shooting? THIS IS NOT NORMAL #GunReformNow #FloridaShooting”