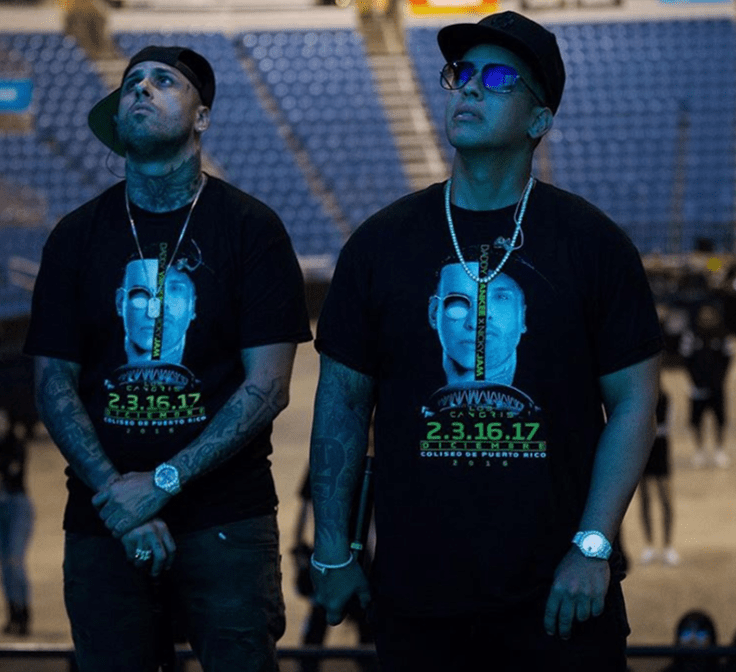 The OYE! Hispanic Influencers’ Tracker analyzes the pulse of online conversations among top Spanish, Bilingual, and English-speaking Hispanics. In this blog, OYE! will focus on Hispanic Music Influencers.

Among this week’s analysis, there were a total of four songs that took spots in the top 20 hashtags list: #Dura (43), #xchallenge (29), #inmyblood (24), and #madlove (17). The first one, #Dura, is the name of a recent Daddy Yankee song. Hispanics continued to talk about the song today regardless of the music video for the song being released back on January 18th of this year. The second song to show up as a top hashtag this week was #xchallenge which refers to Nicky Jam’s and J Balvin’s newest song “X” released at the beginning of this month. #xchallenge is mentioned by users whenever they make a dance video to the song “X”. Some notable people who have taken part of the #xchallenge have been famous actor Will Smith and soccer star Neymar Jr. Below is an example of a Hispanic Music influencer taking part in the #xchallenge.

#inmyblood (24) is Shawn Mendes’ newest song released March 21st that has already garnered 5.8M views on YouTube. Lastly, #madlove is a song by Sean Paul and David Guetta but also features Becky G who is a very popular music artist in the Latin community.

Interestingly, #miami (28) is the highest location hashtag this week among Hispanic Music Influencers. Miami has a large Hispanic community (68% Hispanic) and it is no surprise that both Reggaeton and Latin Music is popular in the Florida city. Below is an example of a dance class dancing to a Latin song while using both the hashtag #miami as well as #fl.