In this third weekly analysis, OYE! continues to analyze gender, language, sentiment, and share of voice among U.S. Hispanics discussing the presidential candidates. There were several interesting swings this week, in particular in the areas of sentiment and language. Read the previous two weeks of the Hispanic Politics tracker here: Week 1 Hispanic Political Tracker & Week 2 Latino Political Tracker. 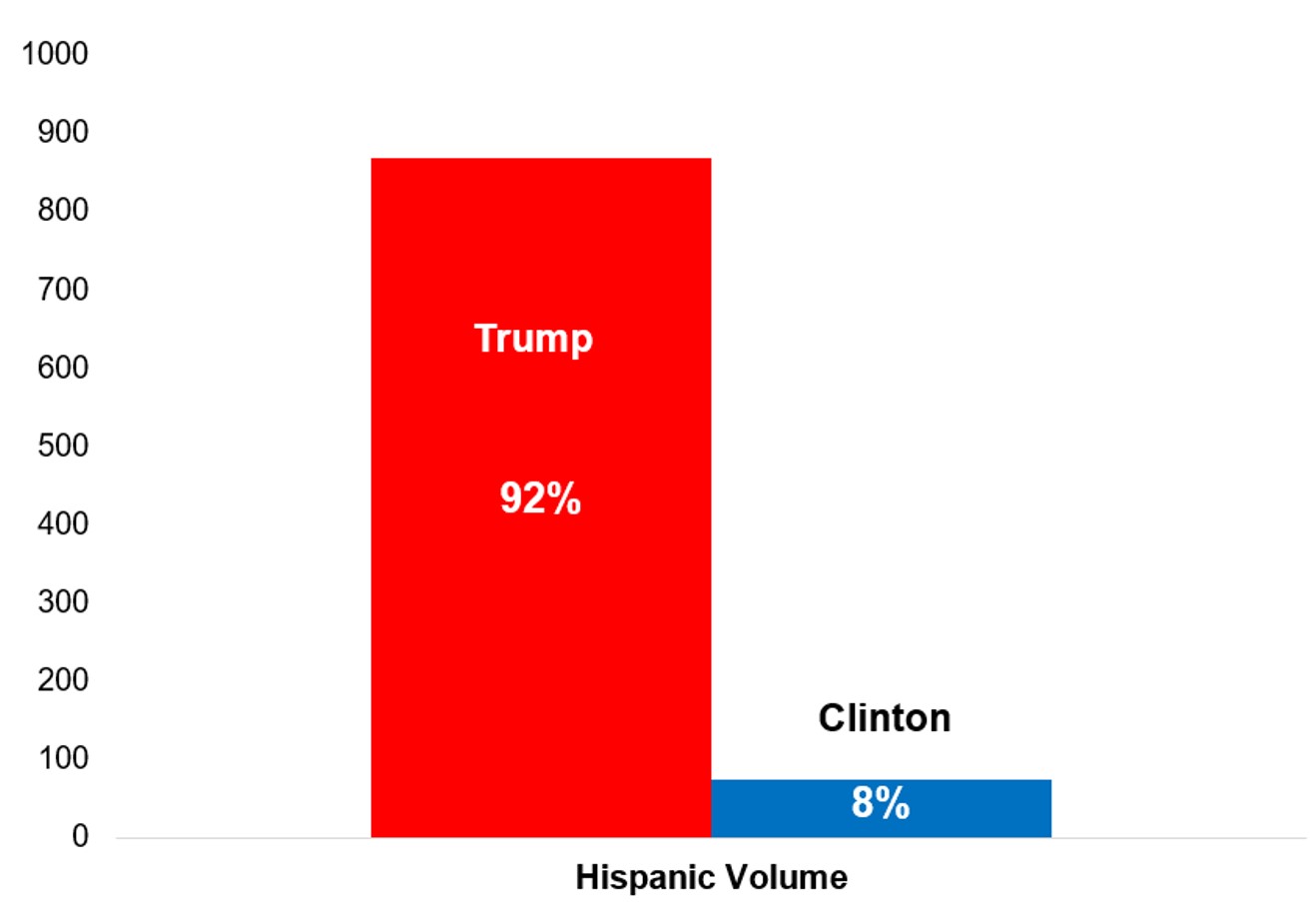 On Instagram this week we see that Trump mentions among Hispanics continued to be significantly higher than Clinton’s at a rate of 92% vs. 8%.

It is interesting to see that this week out of all conversation about candidate Clinton 73% was male, which was slightly higher than Trump who had 60% of conversations come from men. Female conversation continues to be steady for Trump at 40% this week, compared to 41% the previous week. 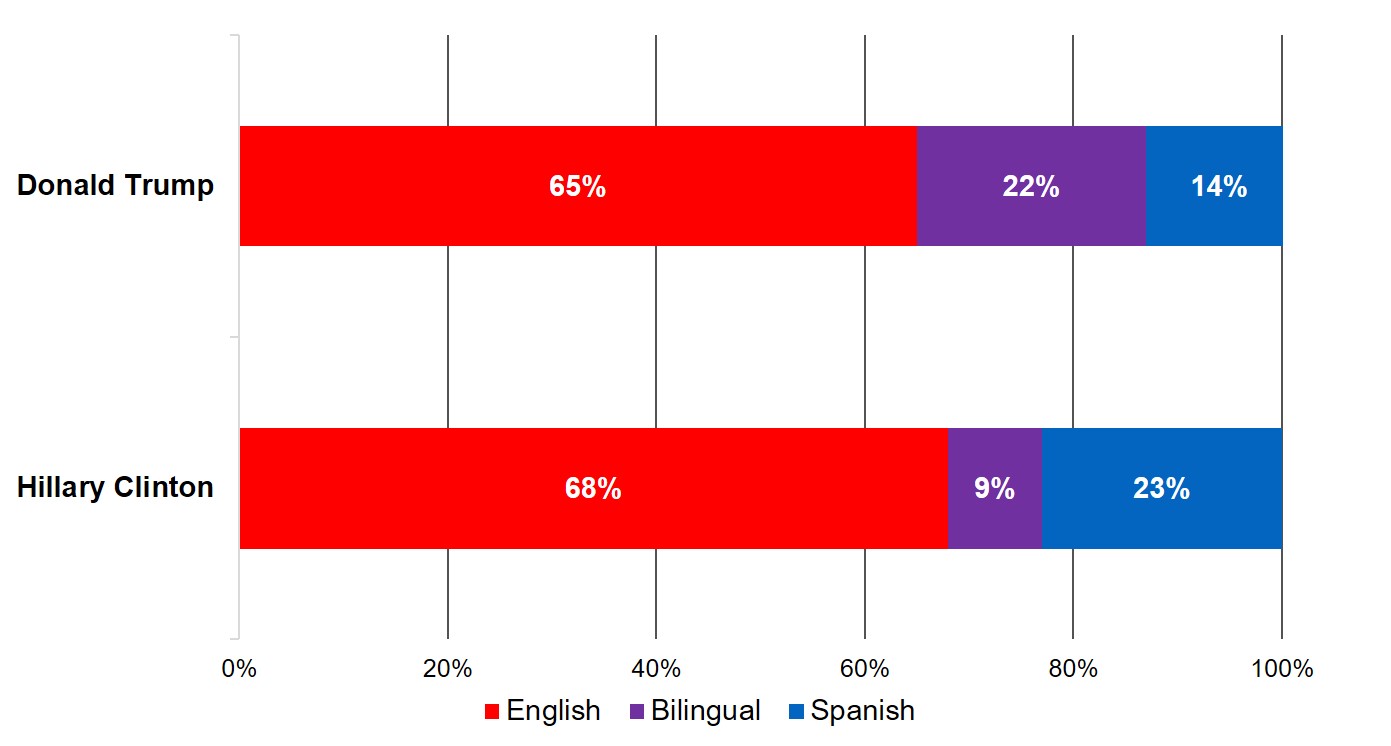 This analysis is based on a sample of 944 U.S. Hispanic conversations in which one candidate was mentioned exclusively. OYE! analyzed hashtags, ‘#Trump2016’ and ‘#Clinton2016’. The data was gathered from Instagram between September 12, 2016 – September 18, 2016.