The biggest football game of the year is not just a battle between the two teams participating, but a battle between brands trying to catch the eyes of millions of people by showcasing their newest commercials promoting their products. Just prior to the game, the OYE! team put out a sneak preview of the top brands that were trending among Hispanics before Super Bowl 50. In this analysis, OYE! reviews all Latino Super Bowl marketing, and which drove online brand conversation among U.S. Hispanics on the day of the 2016 Super Bowl. 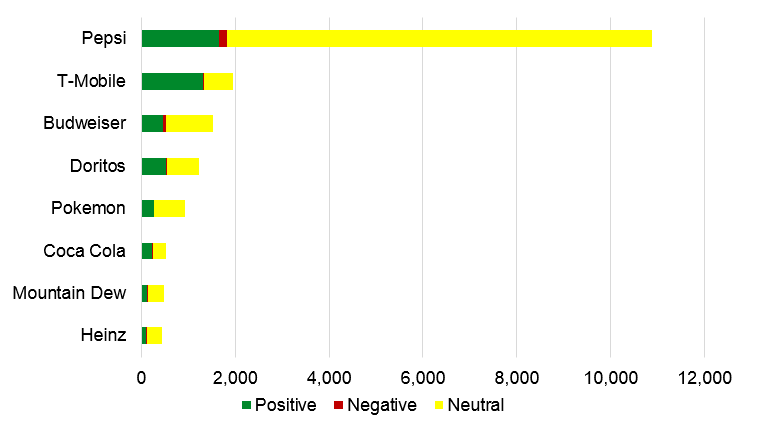 OYE! examined all of the conversations on February 7th by the quantity of Hispanic Super Bowl mentions and found that Pepsi had the highest share of voice among all advertisers with the commercial and ad campaign, #PepsiHalftime.

Notably, T-Mobile, Budweiser and Doritos each had two or more commercials during the Super Bowl which helped these brands place highly with Hispanics as well on social channels. 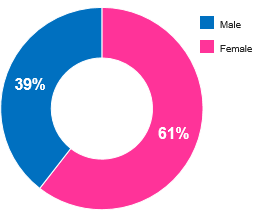 The platform that was used most among both genders was Twitter when Hispanics shared thoughts about these commercials online. 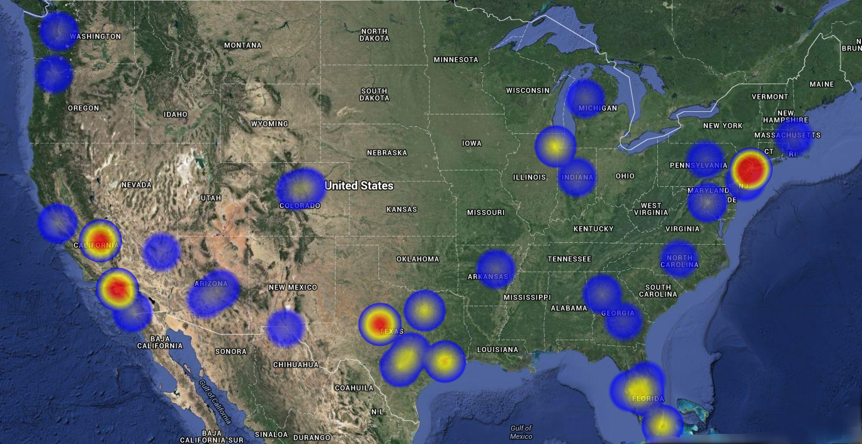 Conversation among U.S. Hispanics had the largest volume of conversation on the west coast, focused in Southern California. Conversation also had a significant presence among Hispanics that reside in Texas and Florida. Overall, top 2 cities leading in Hispanic mentions were New York with 14% of the conversation followed by Los Angeles with 10%. 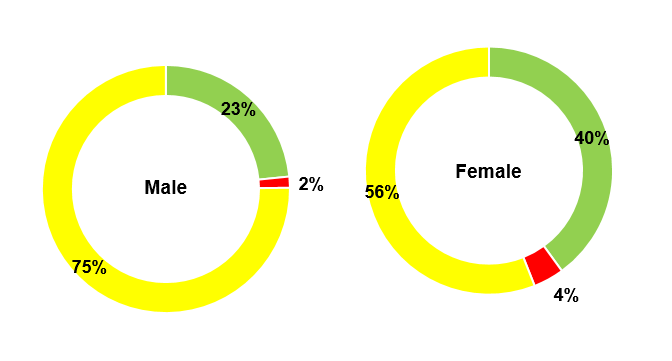 T-Mobile led positive conversation among Latinos, largely driven by their commercials featuring the rapper Drake and comedian Steve Harvey. There was a higher level of neutral posts than OYE! normally finds for similar events, which was due to a high quantity of retweets that did not have an upbeat tone by consumers.

Based on the data that OYE! collected, Hispanics tended to discuss Super Bowl 50’s commercials in English, at 85% of the time.  All bilingual posts (15% of the total) contained at least 1 word of Spanish and 1 word mentioning the ‘Super Bowl’, ‘SB50’ or similar.

This analysis covers over 25,000 U.S. Hispanic verified conversations gathered from Twitter, Facebook and the web at larger about Super Bowl 50. All data was pulled from the date of February 7th, 2016.

OYE! is a business intelligence tool serving well known clients including MassMutual, Square, Schwarzkopf, and White Castle that provides organizations with unique insights into Hispanic conversations online, regardless of the language they speak.
This tool effectively tracks, segments, and monitors real-time online conversations so our clients can make educated business decisions and develop culturally relevant communications with the fastest growing ethnic group in the U.S. OYE! provides an affordable business intelligence solution for brands, government agencies, political parties, nonprofit and educational organizations, PR agencies, and any other entity interested in communicating with Hispanics.

Want to learn more about how OYE! produces these Hispanic insights?  Complete the form above or send an email to info (@) oyeintelligence.com and we will contact you promptly.