Data shows that more Latinas Driving Entrepreneurship in the US

Home Data shows that more Latinas Driving Entrepreneurship in the US 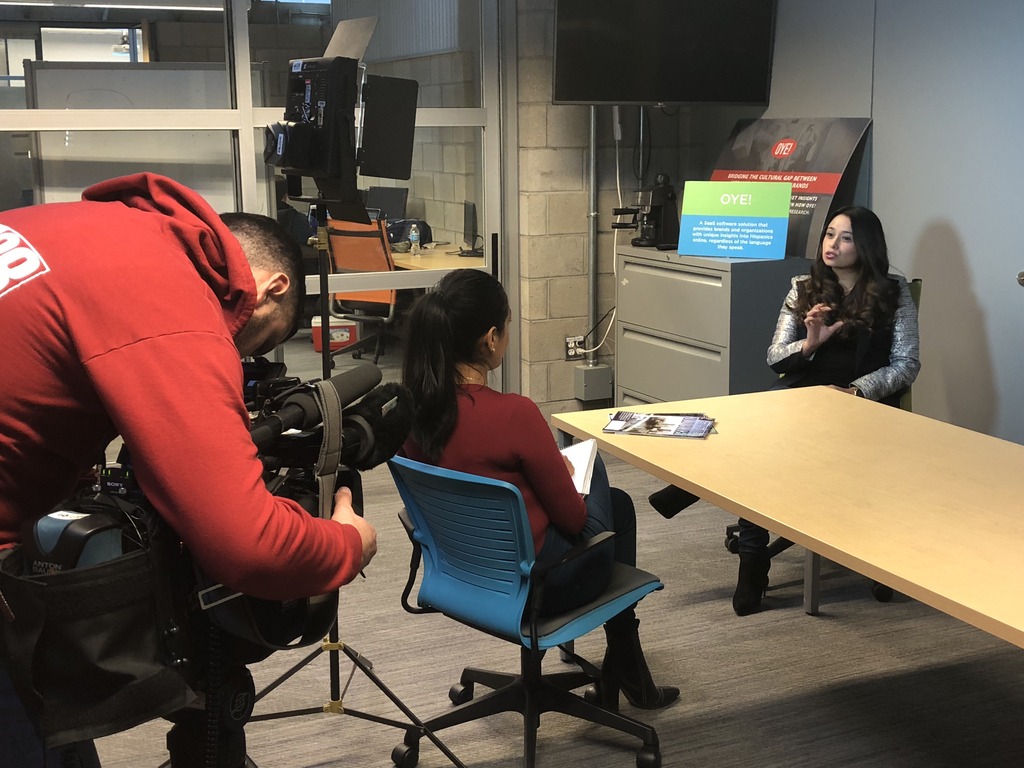 According to a new study created by the Stanford Graduate School of Business, Latinas are driving entrepreneurship around the country. ABC 6 News reported, “The future looks bright, especially for Natasha Pongonis and her tech company.”

ABC News visited the OYE! Business Intelligence headquarters located in Columbus, Ohio for an interview with CEO and Co-founder Natasha Pongonis. Pongonis shared that the dream of starting her own business hasn’t been easy, but that she has never thought about quitting. Pongonis said that OYE! is built “…to truly understand the minority groups that are becoming a majority in the United States.” Pongonis described OYE! as, “A software that collects real-time data and identifies ethnicity, gender, and geographic location. Based on all that information collected, OYE! then provides data-driven insights to their clients about what the Hispanic community is saying on social media.”

She mentions that part of her success is through attending networking events, mentor relationships and the United States Hispanic Chamber of Commerce. In fact, her persistence and success have taken her all the way to the White House. She was among 10 Latina entrepreneurs who sat with the First Daughter Ivanka Trump March 2017. Natasha recalled her visit as, “A good opportunity to showcase all the great work that Central Ohio is doing with entrepreneurship.” Natasha said that during her visit, “It was a great opportunity to really have an open conversation regardless of your political view. It was truly about how we can elevate Latinas, especially those running businesses in the United States.” 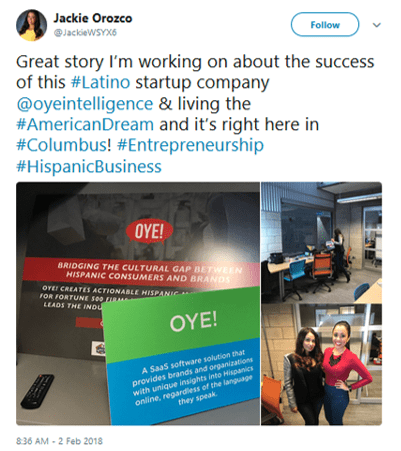 Pongonis is a strong female leader and a Latina entrepreneur that encourages young Latinas to go after their dreams. This year is a very promising one for Pongonis and OYE! Business Intelligence, as Pongonis shared, “Starting in 2018, we’re going international and we’re very excited about the next step.”

Click to watch the interview with OYE! CEO and Co-Founder Natasha Pongonis.