Home Jane The Virgin Captures the Hearts of Latinos 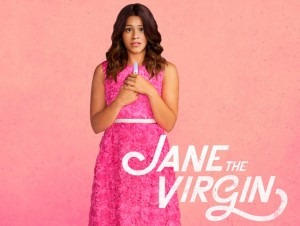 Columbus, Ohio – By now you have probably heard all about the TV show that has become one of the greatest sensations across the US: Jane The Virgin. The show tells the story of the daughter of a teen mother, Jane Villanueva, who grew up determined not to repeat her mom’s mistakes. The show does an excellent job in showcasing the generational differences in the Latino culture, starting from the first generation with “Grandma Alba”, played by Ivonne Coll, whom only speaks Spanish, to the millennial young adult granddaughter born in the US and who is the more acculturated Jane, played by Gina Rodriguez.

Seeing all the online conversations, Hispanic TV advertising, and buzz the show has generated digitally, The OYE! Business Intelligence team decided to track conversations on Twitter to identify the population’s sentiment towards the show, the trendiest actors from the cast, the influential individuals who are driving conversations about the show as well as the dominant language of these conversations. Through this process, OYE! was able to identify how positively fans feel about the show and that Hispanics share a sense of pride to see a Latina as the lead role in a TV series. Furthermore, fans appreciate being portrayed as individuals who dream about being successful, who carry within them the heritage and values of the Latino culture and yet embrace mainstream ideas and culture.

OYE! also identified Jaime Camil as the actor that is driving the majority of conversations about Jane The Virgin on Twitter generating the greatest buzz for the show, followed by Gina Rodriguez. It is interesting to note that the entire cast is very active on Twitter through posting exclusive on-set images, behind the scenes moments, and more.

To learn more insights from our report and download a full free version, please click this link:

OYE! was selected as one of four finalists for the “Latino Start-up of the Year 2014” award, becoming the only start-up from the Midwest and the only one led by a Latina.