OYE is a software solution that works with big name brands to show how Hispanics talk about the companies online. The Phoenix-based startup has worked with White Castle, Kroger, Big Lots and MassMutual Financial Group. 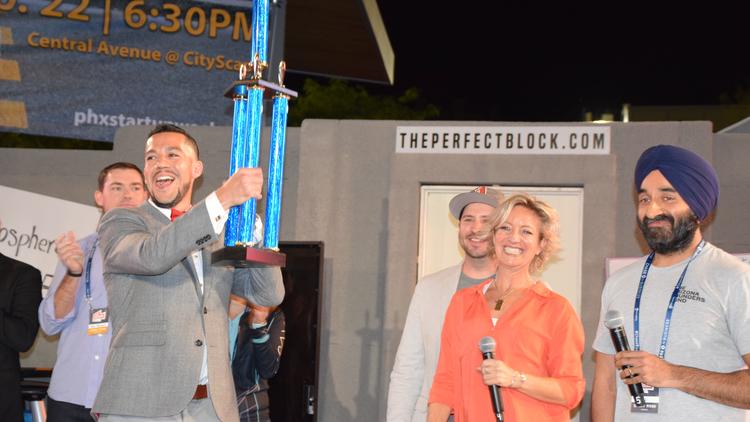 OYE’s software tracks, segments and monitors real-time online conversations so its clients can make educated business decisions and develop culturally relevant communications with the fastest-growing ethnic group in the U.S.

OYE’s chief financial officer Eric Diaz said the investment will help the startup focus on its next product.

“We’ve worked hard for this,” Diaz said. “This is the momentum piece we need. This will help get investors lined up.”

Ruminder “Romi” Dhillon, founder and managing director of the Arizona Founders Fund, was one of three judges who chose OYE as the pitch competition winner Phoenix. He said the company had several attributes that stood out from the rest.

“OYE has the technology, has generated good accounts and has recurring monthly revenue,” Dhillon said. “They represent a lot of what we value and have an impressive market opportunity.”

OYE has $22,500 in monthly recurring revenue and is releasing its third software-as-a-software version in March, with plans to expand to other ethnic markets.

The Arizona Founders Fund is a new investment fund that started in August and invests in Arizona-based software-as-a-service, cybersecurity and mobile app companies.

The fund is giving OYE the $50,000 qualification investment, and will run due diligence, negotiate terms and take leadership in the company, Dhillon said.

The 10 startups were given five minutes to pitch their company on Central Avenue at Cityscape in downtown Phoenix.

Adapted from story first published in the Phoenix Business Journal.