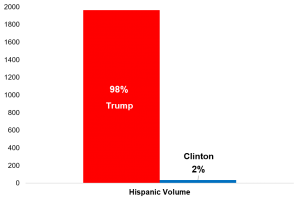 During the first Presidential Debate, there were more male conversations than female, Trump did have more Hispanic women mention him than Clinton. 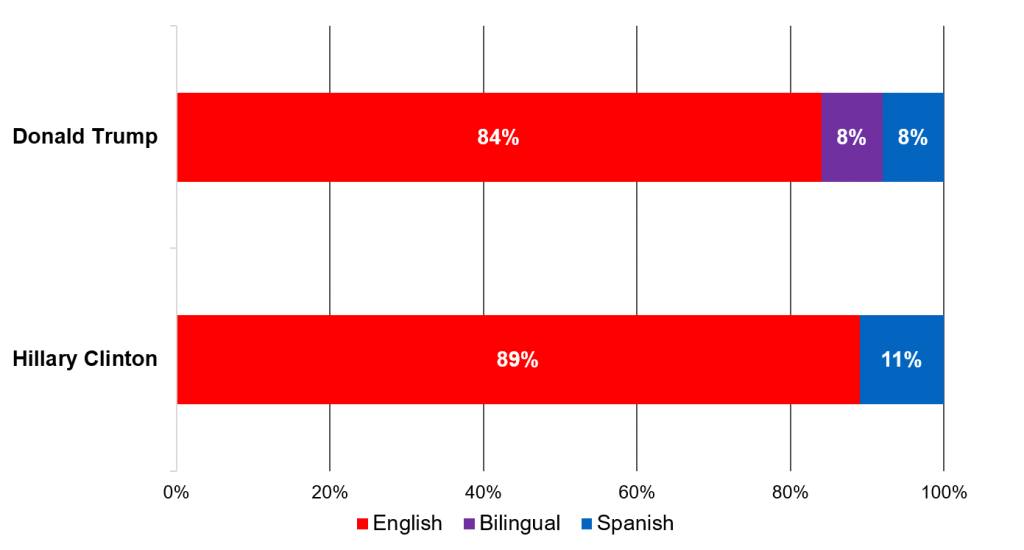 During the Presidential debate, English was the most language compared to last week where Spanish and bilingual combined were 32% for Clinton and 36% for Trump. During Monday’s debate, Clinton did not have any bilingual mentions compared to Trump’s 8% in both bilingual and Spanish. 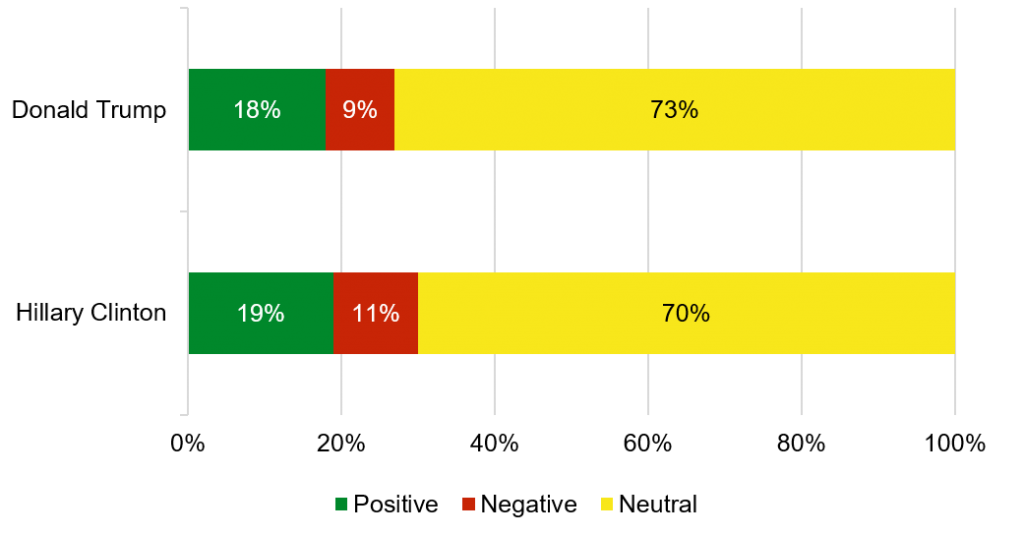 This analysis is based on a sample of 1,998 U.S. Hispanic conversations in which one candidate was mentioned exclusively. OYE! analyzed hashtags, ‘#Trump2016’ and ‘#Clinton2016’. The data was gathered from Instagram and Twitter on September 26, 2016.