The Zika virus is a global health treat affecting thousands of people globally, and has loomed large in the public eye since the first confirmed Zika infection was confirmed in Brazil in May 2015. Zika virus has spread primarily through infected mosquitoes and symptoms include fevers, rashes, redness to the eyes, and more. Pregnant women are widely regarded as high risk for developing cases of microcephaly, a serious birth defect, if becoming infected by the Zika virus.  Throughout the past year, Zika virus expanded throughout South America, the Caribbean, and even to the United States where 618 travel-associated cases have been confirmed. Travel warnings have been put in effect, but people will not dramatically change their vacation or business plans anytime soon.

The OYE! Intelligence platform was teamed with TerrorView, which is an agency that improve the safety and security of its users through local and national threat awareness. to analyze what Hispanics discussed most often about Zika virus. Most prevalent on the minds of online users in Latin America as well as U.S. Hispanics were Zika cases and case counts as well as birth defects. Below we look further at Hispanic Zika virus research insights based on language, sentiment, gender, and geo-location. 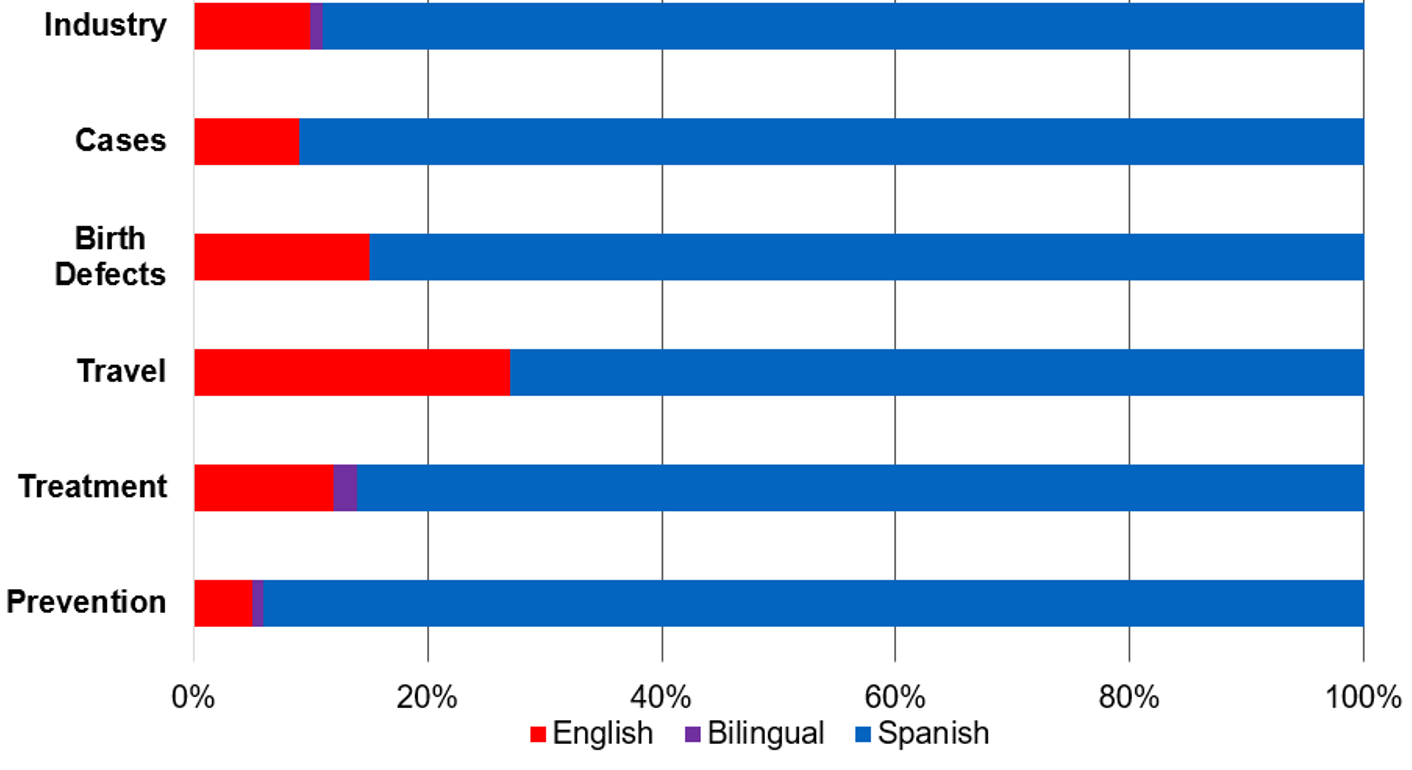 Based on the data collected and analyzed, Hispanics tended to discuss the Zika virus in Spanish (89%), versus English (10%) and bilingually (1%). Spanish speakers most often discussed cases and case counts of the virus. Travel discussion was the topic most often found discussed in English (27%), presumably  by acculturated U.S. Hispanics, while mentions of treatments for the diseases over-indexed at 2% with bilingual mentions among Hispanics. 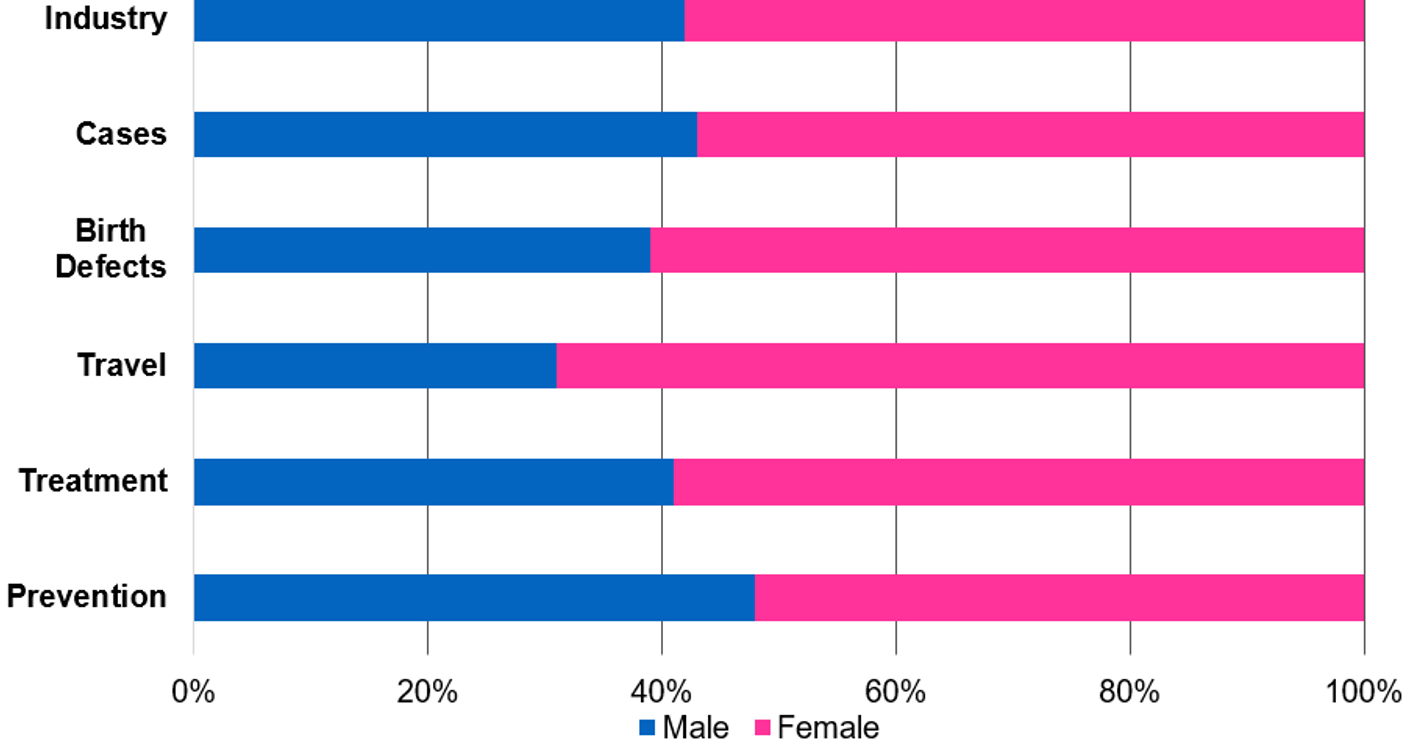 A large portion of the sentiment analyzed was neutral, referring to the tendency among Hispanic online users to provide and share information while levels above the industry average of positive sentiment was found for treatment (16% positive) and prevention (11% positive) conversation about the virus.

From a sample of gender identified online users, Hispanic women mentioned travel and birth defects at higher rates than men, at 60% and 61% respectively. Men favored posting about prevention with 48% of the mentions in regards to the Zika virus. Overall conversation was 58% female and 42% male.

In the United States, conversations among Hispanics about Zika virus peaked on the east coast and spread through the U.S with hot spots in New York, Miami, and in Los Angeles on the west coast.

In regards to conversations in Latin America about the Zika virus, Mexico led in volume and the topic trickled down throughout Central and South America. 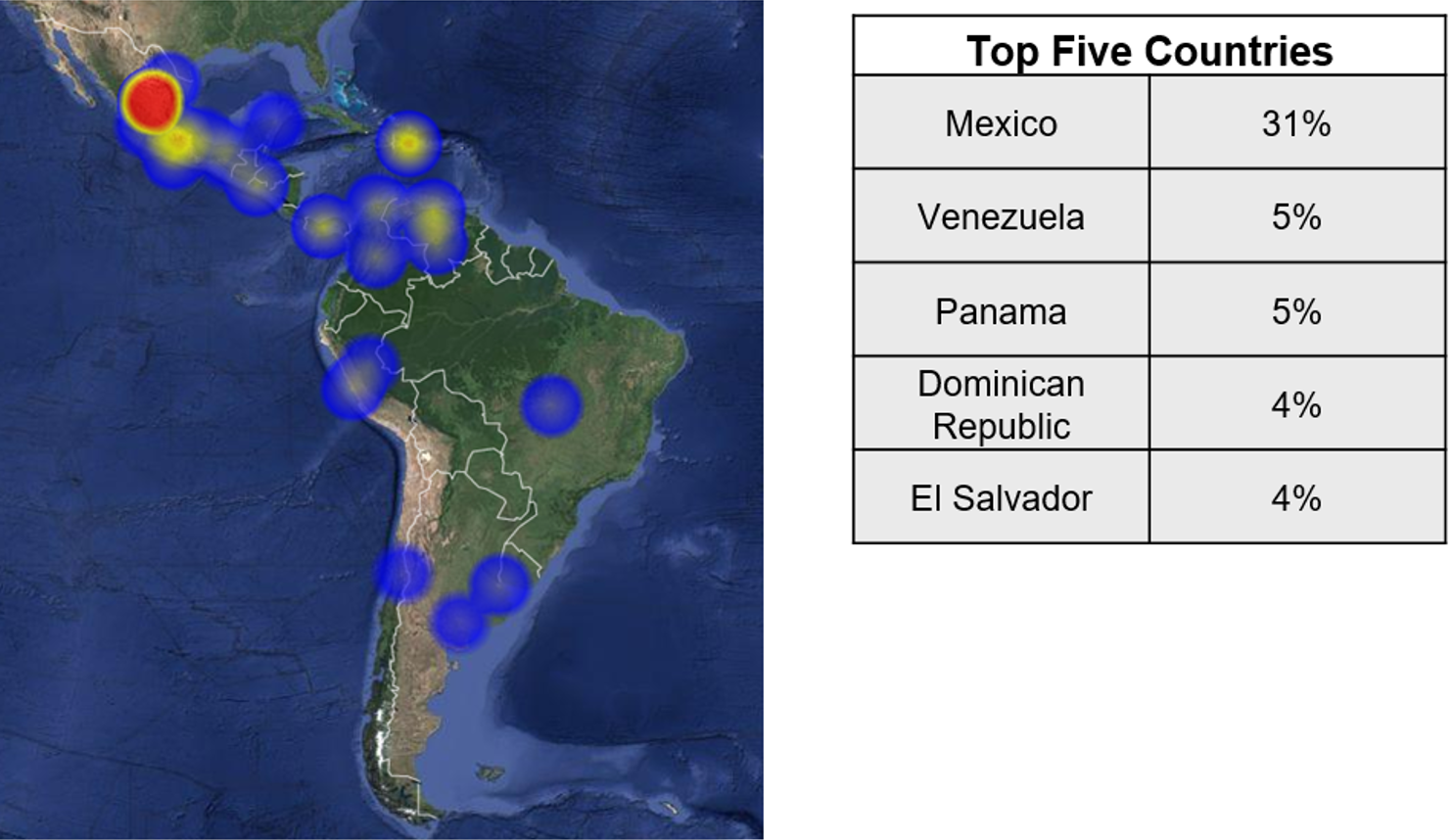 This analysis covers over 80,000 US Hispanic and LATAM English, Spanish and bilingual conversations gathered from Facebook, Twitter and other social forums about the Zika virus. The data was collected for one week between February 8, 2016 – February 14, 2016.

TerrorView: TerrorView’s information and analysis on the Zika virus comes from data obtained through their threat detection and identification platform. The data was collected between September 15, 2015 – February 14, 2016.

Download the full Hispanic Zika Virus Research Report using the form below to get instant access to OYE! Hispanic insights.

OYE! is a business intelligence platform serving well known clients including Big Lots, MassMutual, Square, Schwarzkopf, and White Castle that provides organizations with unique insights into Hispanic conversations online, regardless of the language they speak.
This tool effectively tracks, segments, and monitors real-time online conversations so our clients can make educated business decisions and develop culturally relevant communications with the fastest growing ethnic group in the U.S. OYE! provides an affordable business intelligence solution for brands, government agencies, political parties, nonprofit and educational organizations, PR agencies, and any other entity interested in communicating with Hispanics.
Want to learn more about how OYE! produces these Hispanic insights?  Complete the form below or send an email to info (@) oyeintelligence.com and we will contact you promptly.