The NFL dominated the Sports conversation with 78% during Hispanic Heritage Month, they had their Twitter campaign, #FeelTheOrgullo during games. The WWE released their 25 most influential Hispanic wrestlers which sparked 10% of the conversation beating out the MLB by 2%. Provided below is the hispanic sports marketing analysis breaking down each conversation by sport as well as language. 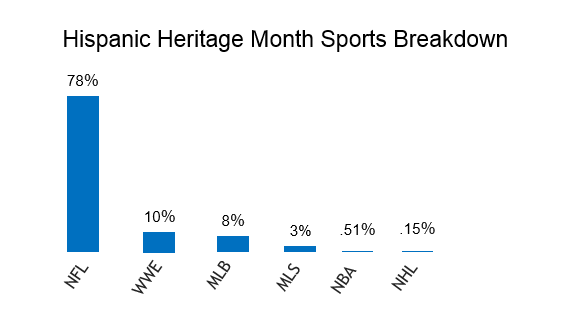 Twitter again was the most perferred channel with 82% of Hispanic users tweeting about their favorite sports team. 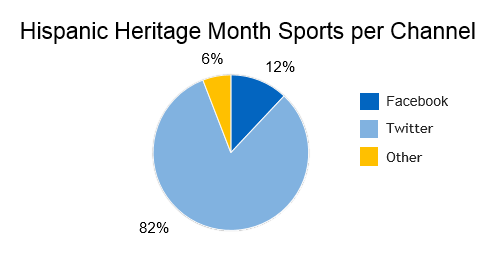 The NFL led all Positive sentiment with their campaign hashtag and WWE came in with the second highest sentiment caused by using positive keywords like “honor”. 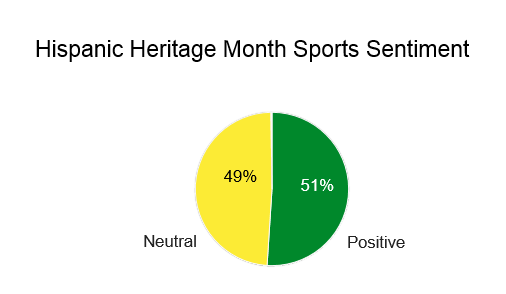 The Bilingual and Spanish language were led by the NFL’s #FeelTheOrgullo campaign, Bilingual language was considerably high with 18%. 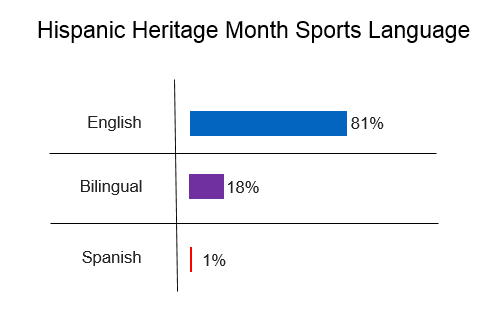