At OYE! we endeavored this past weekend (7/10 – 7/12)  to continue following the Hispanic political trends in the US for a selection of the Republican and Democratic candidates for the 2016 presidency. The 2016 Hispanic Vote is a topic we have analyzed and discussed over the past few months, however we have yet to measure the effects of Donald Trump’s entry into the ring. We found the conversation from this past weekend to be overwhelmingly dominant for Mr. Trump.

There are 4 things that we learned from our listening to Hispanic political trends over this past weekend:

The volume of mentions as measured for each candidate was overwhelmingly driven by Donald Trump on both Twitter and Instagram. To put it statistically, Mr. Trump commanded 94% of the conversations from the nearly 1,100 mentions that were analyzed about 5 candidates including Hillary Clinton, Marco Rubio, Ted Cruz, and Rand Paul. A very distant next highest amount of mentions was commanded by Ms. Clinton at roughly 3.5%, a far cry from the 37% she commanded 3 months ago in our 2016 Latino Vote study, prior to Mr. Trump’s entrance. After Ms. Clinton, there was a small insignificant quantity of mentions for Marco Rubio, Ted Cruz as well as Rand Paul, but no candidate was even remotely close to Mr. Trump. 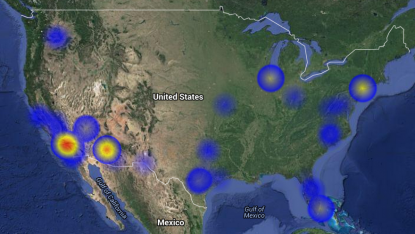 Locations of these Hispanic political mentions were spread across the country over the weekend, however in higher volumes in the west. The hot spot of geographic data came from the southern California region as well as Phoenix, Arizona, which held a controversial Donald Trump event this past weekend. If you notice on the graph provided, conversation is highly focused in those areas. 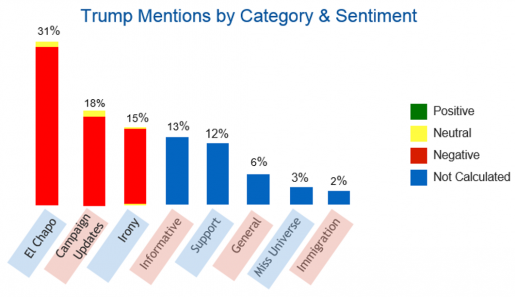 The sentiment of the conversation was quite polarized in that we saw higher percentages of positive and negative mentions than we had for neutral conversation. In fact 76% of all mentions were evaluated to be negative, which was mainly driven by Mr. Trump as seen in the chart at right in which the color red indicates negative sentiment. Approximately 15% of all conversation was positive while only 8% was found to be neutral. Even for political analysis, this was much more negative than we have typically seen as our previous research only indicated 24% of mentions being negative. 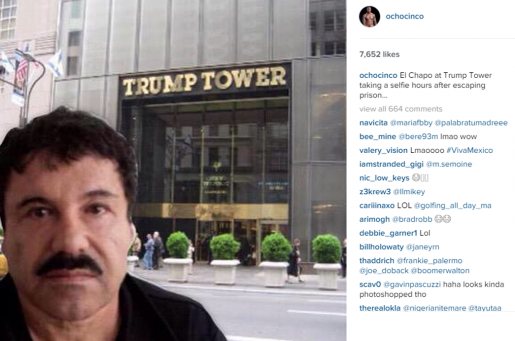 When we looked at what the conversations were about we found that the main topics discussed were those mentioning El Chapo Guzman, and his comments about Mr. Trump. An example of this are shares by Latinos of a post by former NFL star Chad Ochocinco (at right). Campaign Updates was the next highest mentioned category at only 18%.

This weekends findings were interesting, particularly because there was so much negative sentiment, and that the Hispanic conversation was so dominated by mentions of Mr. Trump. We will continue to monitor this conversation and see how it changes as the political process continues on.

Want to learn more about how OYE! produces these Hispanic insights?  Complete the form below or send an email to info (@) oyeintelligence.com and we will contact you promptly.