Regardless of who your vote was for, there was definitely a large part of the American population that was surprised by the results. However, one could say that his victory shouldn’t necessarily be a surprise given that the analytics showed Trump dominating online conversations with both Hispanics and the general market. In the first week of the OYE! political tracker, Trump claimed 90% of all mentions where one candidate was mentioned exclusively by U.S. Hispanics on either Instagram or Twitter. Conversely, only 10% of U.S. Hispanics mentioned Clinton exclusively. As the weeks progressed, Trump’s 90% mention rate increased to 92%, 98%, and 98% respectively. 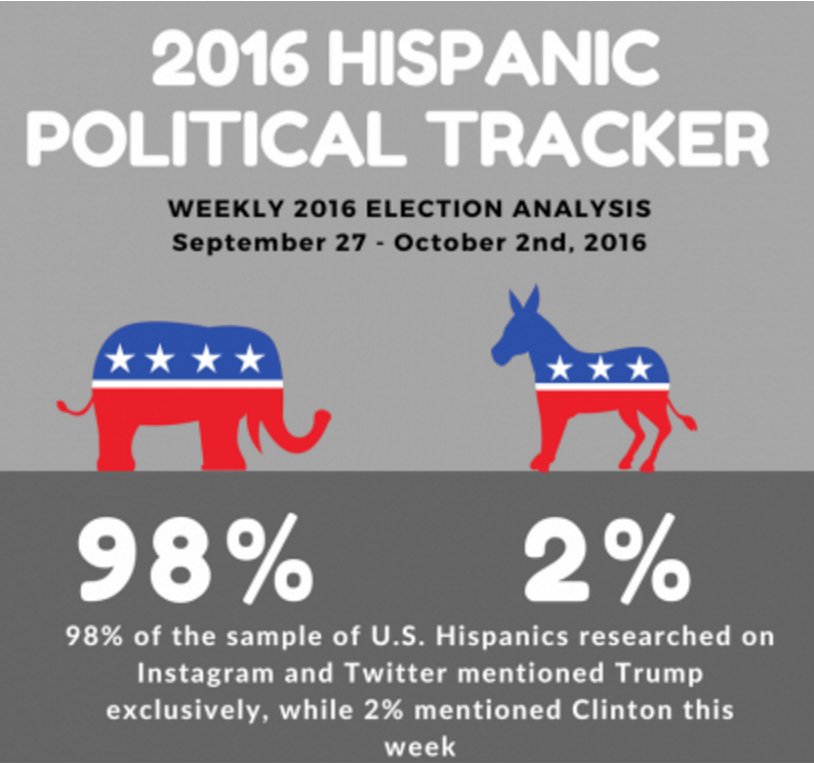 While Trump being mentioned in Hispanic online conversations more frequently than Clinton does not necessarily equate to a victory, the data shows that Clinton’s initial 44% positive sentiment in online conversations dwindled down to just 24% by the final week of tracking. 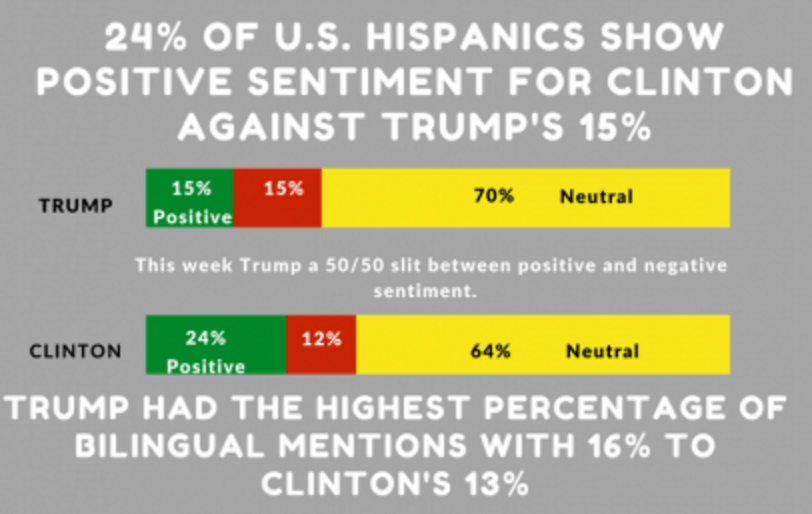 Looking back at the first Presidential Debate, Clinton had just 1% more positive sentiment than Trump among Hispanics and also owned the highest negative sentiment with 11%, compared to Trump’s 9%.